Schools in London Are Using Old Computers to Teach Students 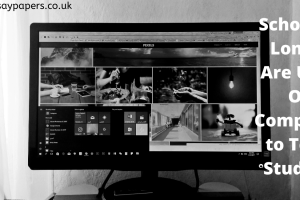 Ever since they were introduced, computers have become an integral part of our lives and whether it is primary school, high school or even college or graduate students, all make use of computers, laptops and smartphones to access information. London being the hub of information and education has been the center of world attention and has always been on the forefront to provide quality education to students coming here from various parts of the world.

However, as the use of computers and technology continues to increase in our lives, many people are shunning it as they belief that it is creating more trouble instead of adding value in our lives. There was a time when parents were all too happy to let their children embrace the new technology and they were satisfied that their children were heading in the right direction but with the passage of time, the parents as well as the teachers have come to realize that too much technology is not good for students and early learners.

Research is coming up with the conclusion that introducing computers and technology in the classroom is not in any way beneficial for students’ performance. The researchers say that excessive exposure to commuters and technology in schools can be a cause for deteriorated results as compared to the general view that it improves learning and enhances the students’ capabilities. According to the think tank, the school technology raised too many false hopes and with the passage of time, truth is coming to light and this is the main reason why schools in London are not in any haste to switch to the new technology to teach students; they are using old computers that just aid in the primary cause of learning.

In the beginning, the teachers and the pupil were dazzled by the computers and all too excited to know and see what the new technology could do for them; passage of time and various tests have proved the results are not what they expected. The education system that was in favor of information and communications technology has not been able to witness any considerable development in the results for reading, mathematics and science which shows that technology is just making things easy for students and not making them any smarter than they actually are.

This is the main reason that the schools in London that had yet not switched to the latest technology and computer systems preferred to stay with the old systems and are no longer dazzled by the new technology as the reports and research were enough to tell them. There are also many other schools in various parts of the world that are performing very well and producing some of the best students but without taking any help from the latest technology. They believe that the students who use tablets and computer very often tend to do worse than those who use them moderately or not use them at all.

Not only in London, but many schools in China and Korea also prefer to limit the use of computers and latest technology in schools. Like schools in London, they also believe that too much use of computer increases dependence and the students limit the use of their own intellect, depending too much on technology to do things for them like calculations, formulas and answers that must be worked out after hard work and analysis.

The main reason schools in London are still using the old computers to teach students is that they do not want to increase students’ dependence on technology. While they want the students to be familiar with the computers and have a knowhow of how the technology works and how it can aid them in their future life, they don’t want to make them addicts, leaving them dependent on it so that they stop using their brains and totally rely on the solutions that it brings them.

Schools have the most serious and important task of educating students, not only for today but also for tomorrow and for times to come and this is only possible when they teach pupil to see, focus and brainstorm and it is only possible with hard work and personal efforts. This is the main reason why the schools in London are still using the old computers as they are just familiarizing their pupil with the latest technology and the same time encouraging them to do things on their own and move forward with their intellect and intelligence.